[Editor's note: 1031Gateway supports the efforts of groups like www.SaveThe1031.org, which is exposing the devastation this tax reform proposal would unleash on our economy and mobilizing Americans to make their opposition known to Congress in order to stop this bill. Please visit www.SaveThe1031.org and fill out their form to directly send individual letters to your representative and senators in Congress, urging them to fight for the 1031 exchange.]

The Committee for a Responsible Federal Budget (CRFB) compares various revenue impact estimates of the House GOP tax reform blueprint, and finds that even the most optimistic analysis, utilizing dynamic scoring methods, predicts a $200 billion reduction in revenue over a 10-year period. The CRFB notes that the optimistic Tax Foundation model differs from the various models used by official scoring offices including the Congressional Budget Office (CBO) and Joint Committee on Taxation (JCT), "in part because [the Tax Foundation] does not account for the economic cost of high debt." So that $200 billion dollar estimate, even if one agrees with its optimistic assumptions and use of dynamic scoring, is still too low. At this point it is simply unreasonable to believe that if the current GOP House Blueprint were carried out, it's cost would be any less than $200,000,000,000 in first the decade following reform. 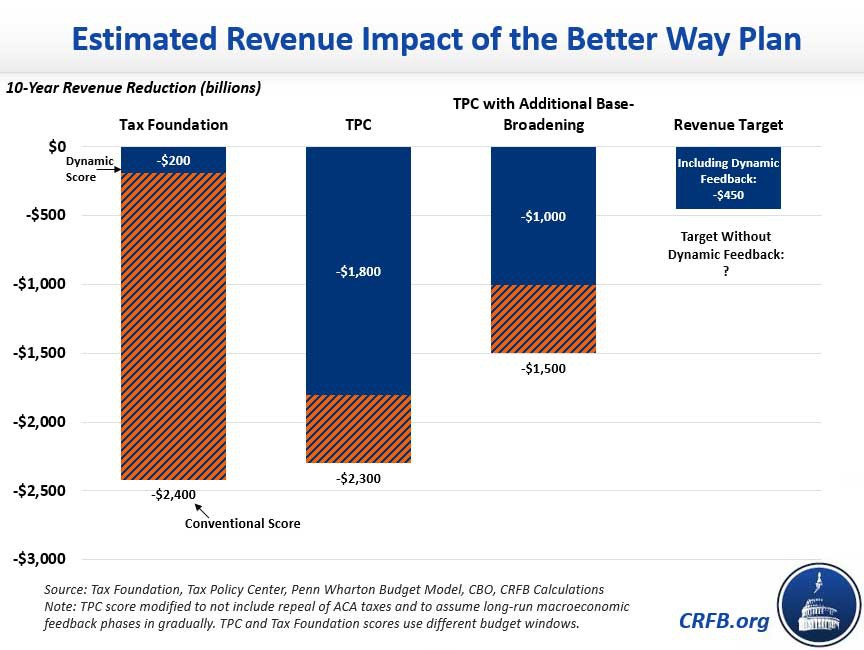 —How Much Does the House GOP Tax Plan Cost?